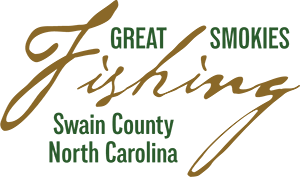 There are more than 2000 miles of streams in the Great Smoky Mountains National Park and more than a third are large enough to be considered trout streams. The park offers a wide variety of angling experiences from remote, headwater trout streams to large, coolwater smallmouth bass streams. Most streams remain at or near their fish capacity and offer a great opportunity to catch these species throughout the year. But don’t expect to land a trophy-size trout in the national park.

With the ability to fish year-round, you'll find Rainbow, Brook & Brown Trout, but it’s only at the highest elevations, above 3000 feet, where you’ll find the reclusive Brook Trout, the park’s only native species. Today, Brook trout only live in about 133 miles of the park’s waters.

Once swimming freely throughout these mountains, the Brookies were almost decimated in the mid 1900s when two non-native species, Rainbow and Brown trout, were introduced into the park’s streams. Stocked by well-intentioned sportsmen, these more aggressive species put pressure on the less aggressive Brook Trout by encroaching on their high elevation habitat.

Even through stocking was discontinued, the established populations of Browns and Rainbows continued to flourish. In the mid-1980s, a number scientific and sporting organizations initiated efforts to restore the Brookies, including removing the Browns and Rainbows where possible. These efforts have been somewhat successful, even though non-native species continue to be stocked in streams outside the park and can easily find their way back into Brook trout habitats.

The greatest obstacle for growing large, mature fish in the park is a lack of food. Natural sources of food are inadequate to allow fish to live beyond 4 years, although some do. Only 4% of Brook Trout and 30% of Rainbow Trout reach the harvest size of 7 inches.

The Brown Trout live longer and grow larger due to a unique change in of diet. When a brown reaches about 8 inches in length, it begins eating smaller fish allowing some Browns to reach nearly 30 inches in length.

In warmer downstream waters, you’ll also find Smallmouth Bass and an abundance of Rock Bass. Because of their abundance, there’s a generous daily limit of 20 rock bass and no minimum size limit.

Fishing is permitted year-round in the park, from 30 minutes before official sunrise to 30 minutes after official sunset. The park allows fishing in all streams.

License Requirements You must possess a valid fishing license or permit from either Tennessee or North Carolina. Either state license is valid throughout the park and no trout stamp is required. Fishing licenses and permits are not available in the park, but may be purchased in nearby towns or online (links provided by state below). Special permits are required for fishing in Gatlinburg and Cherokee.

Persons under 16 in North Carolina and under 13 in Tennessee are entitled to the adult daily bag and possession limits and are subject to all other regulations.

Creel Limits The daily limit is a combined total of five (5) Brook, Rainbow or Brown trout or Smallmouth Bass. In addition, there's a limit of twenty (20) Rock Bass.

Trout or smallmouth bass caught less than the legal length shall be immediately returned to the water from which it was taken.

Lures, Bait, and Equipment Fishing is permitted only by the use of one hand-held rod. Only artificial flies or lures with a single hook may be used. Dropper flies may be used. Up to two flies on a leader.

Fishing tackle and equipment, including creels and fish in possession, are subject to inspection by authorized personnel.